A whole bunch of Randomness

Sorry for the picture overload. We just thought we'd update you on everything we've been up to :)
I also wanted to update you on Ben's seminary job.
So far he's done amazing. The only real criticism he gets from the evaluators is that he's to casual.. (sounds like my ben) The students love him, the other teachers love him, and he's doing an amazing job!!!
Meet Thumper.
He's the newest addition to our home. He's funny. He's definitely not shy at all, he can't find food easily cuz he's kinda a dumb dumb, but he does eat out of your hand which is fun. :) We call him thumper because when we got him he kept trying to get out of the container and he's keep falling down making a thumping noise.. so he's Thumper :) 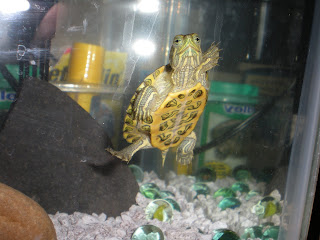 Meet Little Foot. We got Little Foot back in June and he is getting so big. He's shy.. very shy. He was the smallest of all the turtles when we got him and we think he's a wimp, but I love him anyway :) 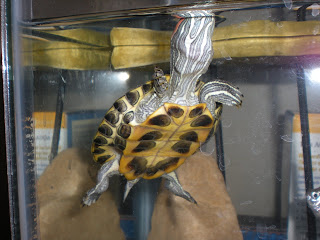 This was a crafty project I made a while ago. I still need to frame it, but I haven't gotten around to it yet. The picture is blurry but it says Manti Temple, Dedicated may 21 1888 by Lorenzo Snow and then the other side says Always & Forever June 27th, 2008 Ben & Ashley :) 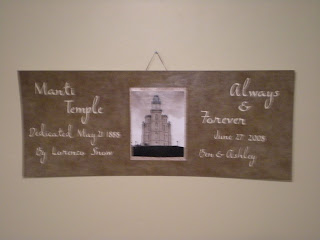 This is a random picture of us I look funky but Ben's cute so I put it up :) 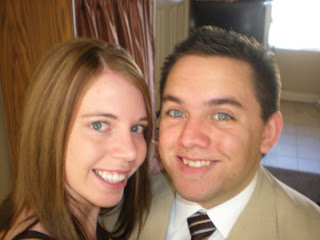 Ben took this picture.. lol You will always find these in our car. :) 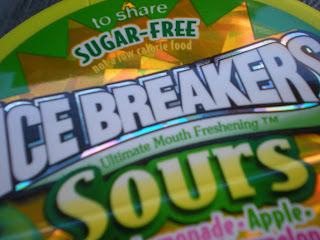 next up is a bunch of pictures of the Baby shower I threw for my cousin Kimmy.
This is the baby advice book I made for her and some delicious cupcakes, and also the door :) 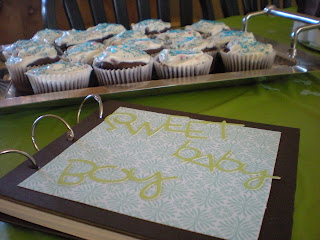 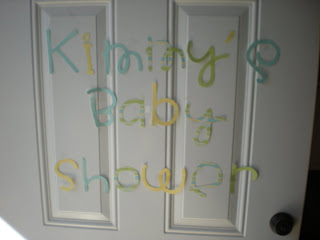 This is a DARLING cake I made. :) It's made out of diapers 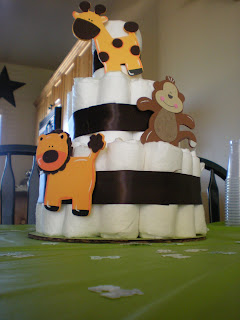 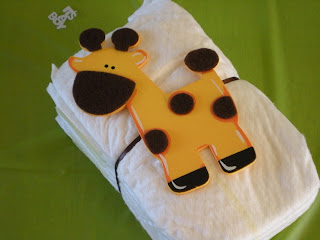 I also made up her cute invitations and wrote on the inside of it for her. 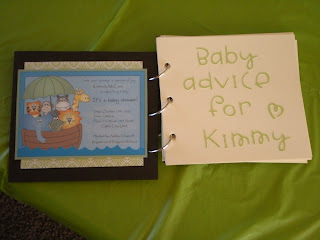 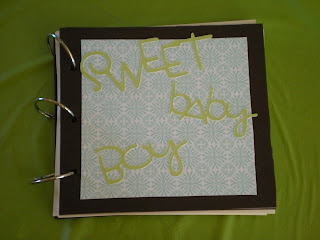 We also went to Lagoon this summer. I hate roller coasters... with a passion but they were free and it was a company party. It was probably a waste of time but Ben was really into this police game so I had to post the picture :) 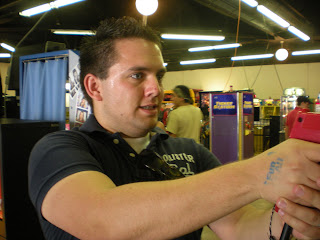 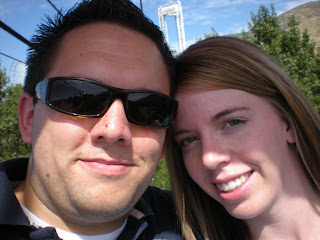 WAY Back in August Ben's parents had a little party. There were all these events that you could win money... anyway I learned I really really suck at throwing darts so when I actually hit a balloon and a dollar was inside I was pretty stoked!!!! 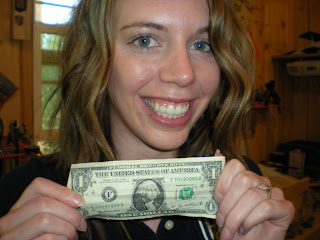 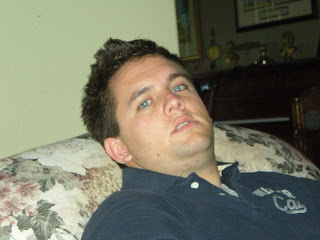 And this is Cherisa being a rockstar :) 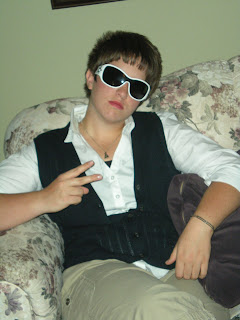