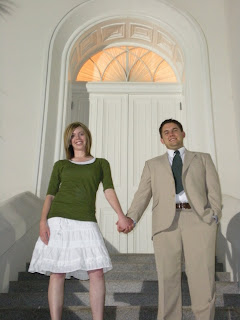 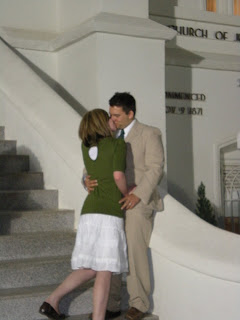 Posted by The Chappells at 9:51 PM No comments:

So it has been awhile since I updated our blog. So since I'm home alone with nothing to do I decided I'd let you all know what we've been up to! School had kept Ben really busy. He's got some tough classes but he's smart so I know he'll do well. Work has been crazy lately, but its good to be busy. Time seems to be flying by so fast!!! Last week we had a bit of bad news, Ben's dad called him and said his mom was in the hospital so we made arrangements to get out of school and work to go up to see her that Friday and stay until Sunday.. BUT! Then on Friday right before we were getting ready to go Ben's dad called and said she had been released from the hostital and that he was going to pick her up! We were so excited!!! So instead of going to Salt Lake we went to Richfield to see her. It was fabulous. We were all lazy and ate delicious food and had fun playing games and watching movies.. I love going out of town because it gets me away from my job and it lets me see Ben for like 75 hours straight. Which I think is just the best thing ever! 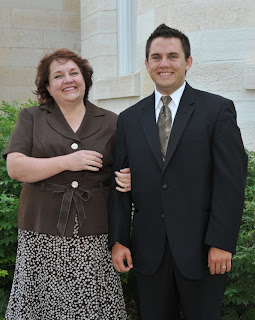 This week! Ben started another job.. He know works to much. He has a paper route from 5:30 a.m. until about 7:30 or 8:00 in the morning ( I hate this job ) and then he goes to school and day and on Tuesday he started working at Chinatown. Its our favorite restraunt in Cedar. He gets 20% off whenever we decide to eat there so it should be great!! He seems to like it so far but tonight is his 2nd night there. Work is still busy for me, but I work a minimum of 45 hours per week so it will probably always seem busy. I had a doctors appointment today.. He gave me a guess of what he thinks is wrong, but I have to go get blood work done in a week or so and then another doctors appointment so I'll know the details then. As of right now I have no idea what the deal is. Well thats pretty much all thats going on with us. Until next time! :)
Posted by The Chappells at 6:11 PM 1 comment: