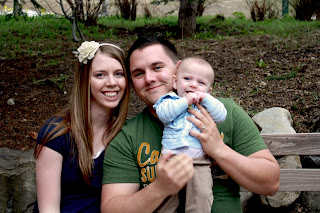 Between Ben hating pictures and trying to convince a 4 month old to smile this is the best picture we got ha ha :) I love my little family!!
Posted by The Chappells at 3:24 PM No comments:

These are Reagan's 3 month old pictures. He's almost 4 months now so I figured I better post them before that day :) Our friend Kati took a few shots of him for us and they are super cute. 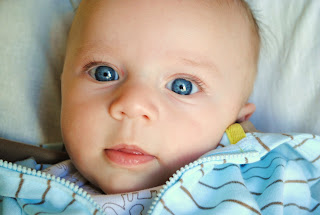 He's a very social baby. Whenever we go somewhere he smiles and talks to whoever will talk to him. It sure makes the old ladies at the grocery store happy. 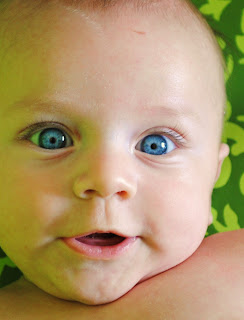 He can almost sit up by himself. 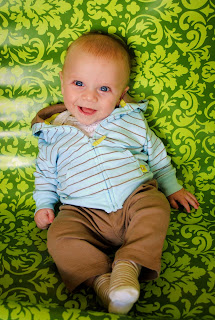 He sleeps through the night now :) 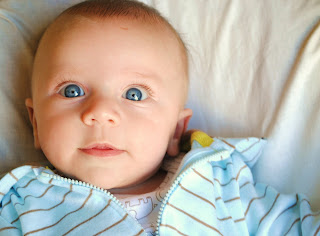 He is a very happy baby and likes to laugh but he's also a handful. 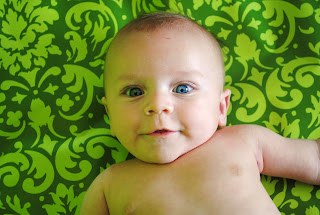 He likes to be "in the know" and always wants to do whatever we are doing. 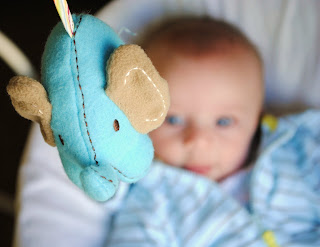 He is definitely not a mellow baby.
He likes to be standing up and hates being on his stomach.
He is a morning person and I am not! Luckily his dad is and so they play
at 6 am while mom sleeps in :)
My birthday was on Sunday and for my birthday Reagan thought it would be fun to say Da Da.
He doesn't say it on command but it will just randomly say it. I don't think he's quite figured out that his dad is Da Da because he just randomly says it.
Now for my mini vent. As you know Ben works at US Bank and a girl there is pregnant and she thinks its weird that I am a stay at home mom. Ben will tell her sometimes that Reagan likes to be held and played with by us and she will make comments like yeah he's spoiled because his mom stays home with him. Yes I admit he is spoiled. He has everything he could ever dream of and I think every outfit Carter's clothing sells and he usually gets what he wants because I don't let him cry for very long because he starts to gag himself if I do but I think it's important that I am home with him. I don't want my son to spend time at a day care. I don't think she means it rude and there is nothing wrong with taking your babies to day care, but when Ben and I were dating he asked me what I wanted to do with my life. I told him I love my paralegal degree and I had so much fun doing it but my goal in life was to be a wife and a mother and that is one of the things he loves most about me.
Life is great. We gave up the house hunt but now we are ready to start again. So wish us luck!
Posted by The Chappells at 9:01 AM 3 comments: